This was a great occasion to present the Search and Rescue project, namely focusing on our upcoming workshop on 9 December, which will present a rich programme on SAR operations during recent disaster in Europe (wildfires, floods). Click here to register.

The French President Emmanuel Macron also attended the event, delivering the concluding remarks on the importance of public safety and the rise of natural disasters, in particular, addressing the RESCEU, part of the EU Civil Protection mechanism: “Disasters know no borders, and with their increase in number and intensification in kind, we need a European vision to prepare ourselves for the future. That is why civil protection must be a priority for the French Presidency of the Council of the EU“.

Closing the 127th National Congress of Firefighters of France, French President Emmanuel Macron left some announcements, namely the creation of a single platform bringing together all calls to emergency numbers. It will be tested from 2022 and for two years across a wider region. 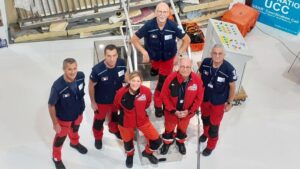 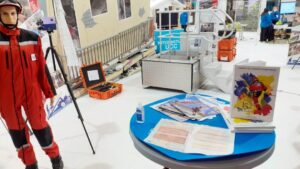 In the face of natural or man-made disasters, search and rescue teams and other first responders like police, medical units, civil protection or volunteers, race against the clock to locate survivors within the critical 72-hour Read more…